Six men have been arrested in Slovakia on suspicion of being part of an organised crime group that supplied over 1500 lethal firearms to the European criminal market, including to the UK.

NAKA (Slovak National Crime Agency) officers arrested the men in December 2019 and in doing so, shut down the criminal enterprise.

The arrests were the result of an international operation supported by the UK National Crime Agency, Europol and five EU member states.

The OCG converted Flobert firearms to larger calibre before selling them on to other criminals across Europe. 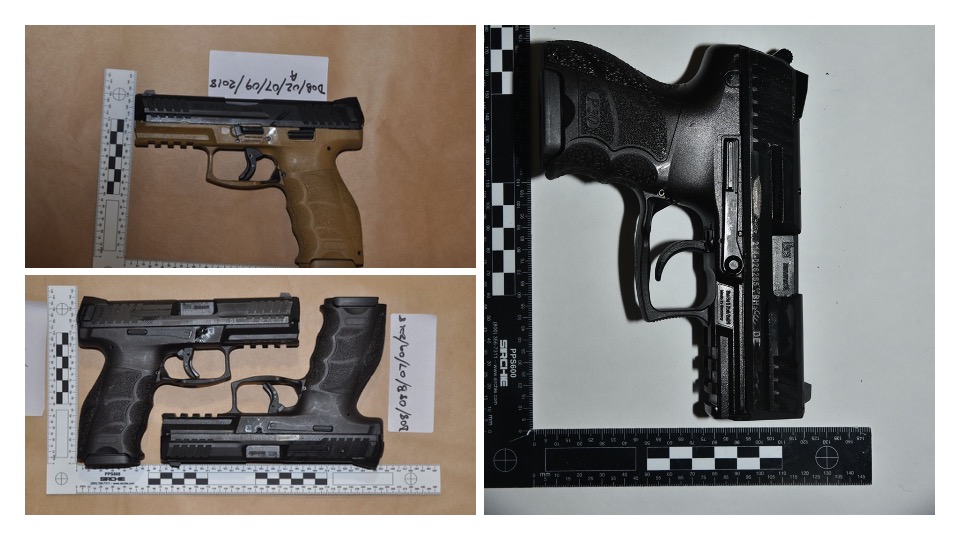 Among those arrested was the owner of a Slovak weapon dealership.

NCA investigators deployed to Slovakia and provided significant support to the investigation, including the sharing of niche covert capabilities.

Matthew Perfect, firearms threat lead at the National Crime Agency, said: “Tackling the supply of illegal weapons to the UK is a priority for the NCA and so this is a hugely important result.

“This investigation is great example of our ability to not only have an impact on this threat in the UK, but to identify and target firearms supply routes, disrupting them at the source.

The NCA coordinated response in the UK identified that at least 21 weapons seized as part of criminal investigations had been supplied by this group.

Four of such weapons were smuggled into the UK in May 2019 concealed in a car driven by Steven Landers, 57, and Steven Mulroe, 41, both from London. The pair were jailed for nearly 17 years following an NCA investigation.

The previous year, NCA investigators arrested two Polish nationals after they smuggled 20 firearms, 1,000 rounds of ammunition and 60kg of class A drugs into the UK concealed within a cargo of photocopier on board a HGV.

12 of those weapons had been supplied by the Slovakian OCG.

In both cases, the weapons were discovered by Border Force officers working at control zones in Coquelles, France and Dover Eastern Docks.

The other five firearms were recovered in operations by police forces across the UK.

Matthew added: “Gun crime in the UK continues to be relatively low compared to mainland Europe. However, we know that illegal firearms are used in acts of serious violence and by crime groups to coerce and intimidate.

“We work relentlessly with law enforcement partners across the country to prevent criminals in the UK accessing firearms, as well as to take these weapons off the streets.

“Our work to identify other firearms supplied by this group is also ongoing.”