A former police officer from Kent has been sentenced after he admitted viewing child abuse material online. 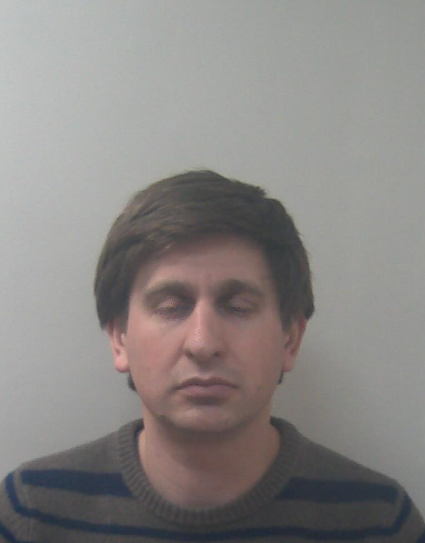 Thomas Blant, 38, was arrested in January 2020 after NCA investigators identified that a website hosting child sexual abuse material had been accessed via TOR (The Onion Router) from his house in Wye, Ashford.

Following a search of his address officers seized a number of digital devices, including his phone and laptop, which were forensically analysed.

TOR, the tool which offers anonymous online browsing and access to the dark web, had been downloaded on the laptop, as well as a computer cleaning app, which can be used to remove traces of illegal activity.

17 indecent images of children (IIOC), made up of categories A and C, were recovered from Blant’s laptop, despite his attempts to delete them.

A further four indecent images of children were also recovered from one of Blant’s old mobile phones.

He was released on bail and further arrested in February 2020 following analysis of his devices.

Blant was working as a constable for Kent Police at the time of his offending. He was suspended from duty upon his initial arrest and has since been dismissed from the force.

On 22 July 2021 he pleaded guilty to two counts of making IIOC at Folkestone Magistrates Court.

Today [06/10/2021] at Maidstone Crown Court he was handed a 12 month jail term suspended for two years, a five year Sexual Harm Prevention Order and placed on the sex offenders register for 10 years.

Martin Ludlow from the National Crime Agency said: “Blant’s offending is an outrageous misuse of trust.

“His role as a police officer was to protect the public. Instead, he sought out images of child abuse for his own sexual gratification. Offenders who view such material online only encourage those willing to sexually abuse children in the real world.

“Combatting this threat remains one of the highest priorities for the NCA. We are committed to targeting the most dangerous offenders and those who, like Blant, go to great lengths to hide their activity, believing they can operate with impunity online.

“As this investigation shows, there is nowhere to hide. We will use all of the tools at our disposal to identify those who pose a sexual threat to children and ensure they are brought to justice.”

Detective Chief Superintendent Jon Armory, Kent Police’s Head of Professional Standards, said: "It is abhorrent that Blant has committed these offences, particularly while working as a police officer.

"His actions helped fuel the demand for children to be exploited which is a complete betrayal of his duty to protect the vulnerable.

"Blant was suspended from our force as soon as the allegations were first received and we fully supported our colleagues in the National Crime Agency with their criminal investigation. As soon as he admitted the offences in court, we progressed with special case proceedings which led to his dismissal on 17 August.

"The vast majority of our officers and staff do an outstanding job serving the public in line with the highest standards of professionalism and conduct, and we expect no less from them. Those who fall short will face scrutiny."