Two men who hid £60 million worth of cocaine on a yacht travelling from South America to the UK have been jailed for a total of 33 years for drug smuggling, following a National Crime Agency investigation. 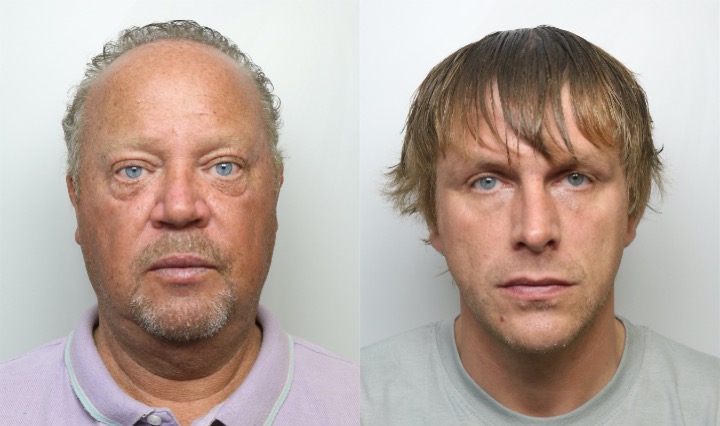 In August 2019, the NCA, working closely with the Spanish National Police, identified the SY Atrevido as carrying a large cocaine shipment.

The Border Force cutter HMC Protector was dispatched to intercept the yacht, locating it approximately half a mile off the coast of Wales in the early hours of Tuesday 27 August 2019. British nationals, Gary Swift, 53, and Scott Kilgour, 41, both from Liverpool, were arrested on board.

The vessel was escorted into Fishguard port where NCA officers and Border Force’s Deep Rummage team carried out a search, discovering 751 kilos of cocaine with a purity of up to 83%. The quantity found would have had a wholesale value of around £24 million and a potential street value of £60 million once cut.

As part of the parallel financial investigation, the NCA has seized the SY Atrevido, as well as a second sailing yacht, the SY Mistral, both believed to have been used by the OCG, as well as three Rolex watches, a Panerai watch, and Tag Heuer watch.

Upon arrest, Swift said to officers: “I just want to say that I am guilty. I have got something substantial on the boat and they will find it.”

He later admitted “I’m the bad one here,” and asked custody officers to pass a message to the NCA revealing the number of packages on board the yacht.

Swift and Kilgour were sentenced to 19 years 6 months and 13 years 6 months respectively today (Monday 27 January) at Swansea Crown Court, after pleading guilty to importing class A drugs into the UK at an earlier hearing.

Four others – three men aged 23, 31, 47, and a woman aged 30 – arrested in Liverpool and Loughborough in connection with the seizure remain on bail.

Jayne Lloyd, NCA Regional Head of Investigations, said: “Today’s result shows what will happen if you try to flood our streets with millions of pounds worth of potentially deadly drugs – you will be caught and you will face the consequences.

“Drugs aren’t just damaging to the people that take them, they fuel violence and exploitation, damaging communities and leaving destruction in their wake.

“It’s thanks to the work of the NCA, Border Force officers, and the Spanish National Police, that two highly organised criminals are behind bars and that these drugs haven’t made their way onto the streets.

“Our investigation does not stop here; we are now going after their assets to strip them of their illicit wealth and make sure they don’t profit from their crimes."

“The work of the crew of HMC Protector, as well as our specialist deep rummage search officers, played a crucial role in this case. Their work was a key part of an investigation which has ultimately put two significant drug smugglers behind bars.

“Border Force’s maritime teams will continue to work closely with the NCA to ensure organised criminals like Swift and Kilgour are caught and brought to justice.”