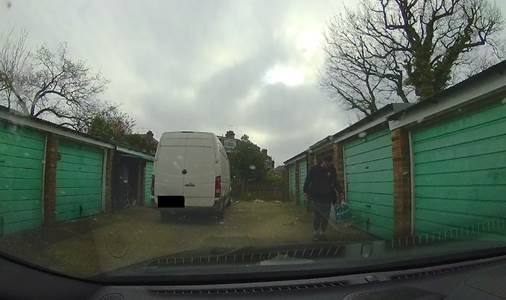 Two Albanian drug suppliers have been jailed for 9 years following an investigation by the Organised Crime Partnership (OCP), a joint initiative between the National Crime Agency and Metropolitan Police Service.

Officers followed the vehicle for a distance, before moving in to detain and then search it.

Using a crowbar, they accessed a special compartment concealed within the rear seats, which was found to contain the plastic bag. Inside it was a kilogram of cocaine.

Hadjini, of Openshaw Road, Abbey Wood, admitted that the hide was usually only accessible by turning the engine on and pressing a series of buttons.

Both were arrested on suspicion of supplying class ‘A’ drugs with Hadjini further arrested in relation to an exchange of 2 kilos of cocaine that officers had observed the previous month. Thomas Scarrett, 28 from Bristol was arrested during this exchange, and sentenced to 6 years for drug supply offences on 13 April.

Investigators then searched Ajazi’s vehicle, which was parked a short walk away, finding another half kilogram of cocaine and £2000 in cash.

Footage recovered from Ajazi’s dash cam showed that he had collected the plastic bag from a garage in Mintern Close, Enfield, earlier on the day that he was caught passing it to Hadjini.

Officers searched the garage, seizing 3 kilos more of cocaine. The combined 4.5kg of the drug recovered during the OCP operation could have fetched  £360,000 if sold on UK streets.

Both were charged with possession with intent to supply class A drugs and remanded in custody. They later pleaded guilty on 02 April.

Hadjini and Ajazi appeared at Wood Green Crown Court yesterday, 19 May, where they were sentenced to 3 years 10 months and 5 years 2 months respectively.

Matt McMillan OCP Operations Manager said “These men were seeking to make money through the cocaine trade, which directly drives violence and intimidation in London and around the country.

“The OCP works continuously to disrupt the supply of illegal drugs and hold those behind it to account.  We are determined to keep people safe from criminality that brings fear to our communities.”