A man who manufactured and distributed class A drugs from his garage has been jailed for nearly 13 years after an investigation by the new Merseyside Organised Crime Partnership. 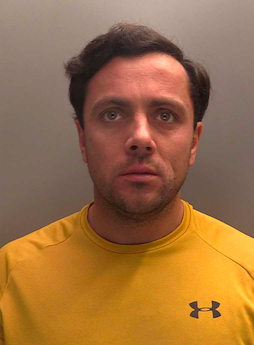 Stephen Taylor, 33, cut the drugs and organised deals from his home in Norlands Park, Cronton, Widnes.

He admitted conspiracy to supply class A and B drugs and conspiracy to conceal criminal property at Liverpool Crown Court yesterday and was sentenced to 12 years and eight months.

The OCP’s investigation into Taylor emerged from Operation Venetic – UK law enforcement’s response to the take down of encrypted comms platform EncroChat.

Taylor used an Encro phone and was known by his ‘handle’ Vilecrusher.

He was arrested by a Merseyside OCP team – a partnership made up of officers from the National Crime Agency and Merseyside Police – on 9 April. Officers discovered a drugs laboratory in his garage which contained a drugs press and a large quantity of Class A drugs.

Designer clothing, jewellery and watches worth tens of thousands of pounds, were also recovered from the address.

Detective Chief Inspector Paul Lamb said: “We have seen another significant sentencing as part of Operation Venetic, a great example of our ongoing work with partners to tackle criminals involved in serious and organised crime.

“Taylor was supplying large amounts of illegal drugs and generating vast profits. He now has time to reflect on the harm he’s caused.

“His sentence should serve as a stark warning to others involved in drug dealing that we are pursuing you, and we will bring you to justice.

“The Organised Crime Partnership works with our partners at home and abroad and will leave no stone unturned in our pursuit of offenders who think they are above the law.”

The OCP was established to tackle high risk organised crime groups bringing drugs and firearms into the region and is funded by the Home Office.