Driver jailed for attempting to smuggle £2.5 million of cocaine in fuel tank

A driver who removed his van’s fuel tank to pack it with 32 kilos of cocaine has been jailed for nine years and nine months. 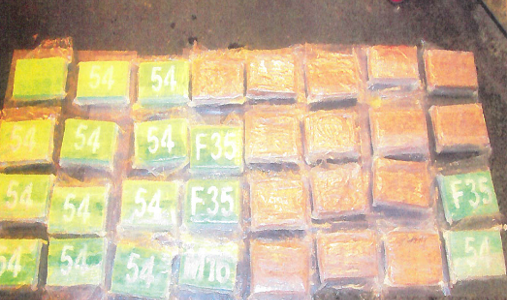 Ion Cazac, 40, from Romania, was investigated by the National Crime Agency after his vehicle was stopped at Dover Eastern Docks on 22 October.

Border Force officials stopped Cazac as it appeared the fuel tank on his vehicle had recently been removed. When the tank was opened, 32 packages were found inside.

These were tested and found to be cocaine. NCA experts found the drugs had a purity ranging from 61 per cent to 80 per cent and would have had an estimated street value of £2.5 million.

When Cazac was interviewed by NCA officers, he denied all knowledge of the drugs, stating he had picked up a load before receiving a call from another driver asking him to stop at a hotel.

He alleged that when he went to refuel after the stop, the gauge only registered half a tank and he didn’t know why.

NCA investigators found that the vehicle fuel tank had been changed for a larger tank and was not the size in place on the original factory build or customer order.

Cazac then changed his story and pleaded guilty to being involved in the importation of a controlled drug at Canterbury Crown Court on 22 November.

He was sentenced to nine years and nine months in prison at the same court today (3 December).

“These drugs would have put millions of pounds back into the hands of the criminals who would have invested it back into further criminality.

“The NCA works closely with partners, including Border Force, to find drug smugglers who attempt to bring drugs over our borders to the streets of the UK.”