A construction worker has been sentenced to five years in jail after being caught carrying a firearm in his backpack while on his way to work. 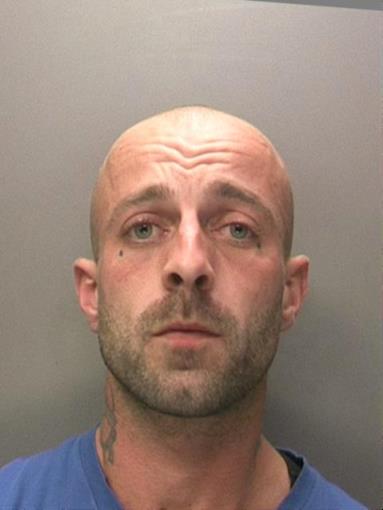 Richard Hamper, aged 32, from Tile Hill in Coventry, was one of 30 people arrested earlier this year as part of a National Crime Agency coordinated operation involving police forces and Regional Organised Crime Units.

Operations across the country resulted in the seizure of over 100 firearms, as well as tasers, class A drugs and approximately £25,000 cash.

After buying the firearm online when it was blank firing, NCA investigators found Hamper converted the gun to be live.

He was stopped by armed officers from the NCA and West Midlands Police while walking to work on 18 July 2019.

A search of his home and an associated address revealed a further three air weapons, ammunition and approximately 500g of cannabis.

Hamper, who pleaded guilty to possession of a Section 5 firearm and class B drugs, was sentenced today (07 November 2019) at Birmingham Crown Court.

“Richard Hamper was going about his daily business with a fully loaded firearm in his backpack. We don’t know what he was planning to do, but he needed to be stopped as he had the ability to take a life.

“We know that firearms are used in acts of serious violence, as well as by crime groups to coerce and intimidate. For this reason, suppressing their availability is a priority for the NCA and our law enforcement partners both here and overseas.

“We will continue to share intelligence and coordinate operational activity to reduce the number of firearms circulating in the UK.”