A couple who sexually abused an eight-year-old girl have been sent to prison, after a National Crime Agency investigation. 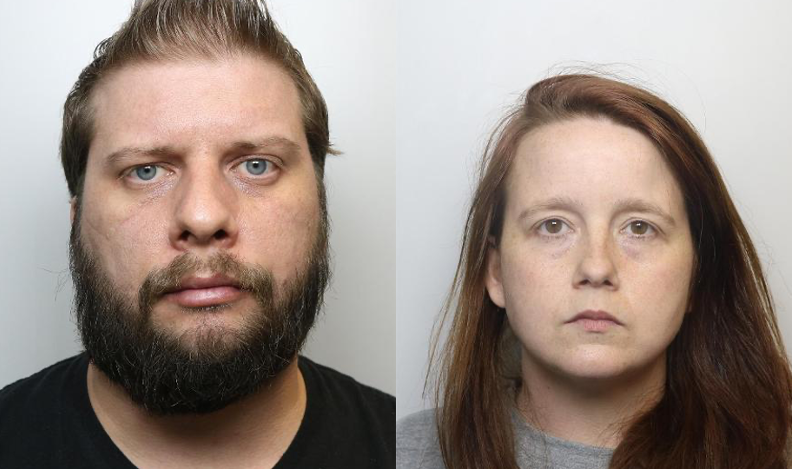 Robert Stanley, 36, and his partner Danielle Schofield, 34, also fantasised about kidnapping, gagging and keeping a child chained up as their ‘sex slave’.

In August 2019 Stanley and Schofield had a video call in which Schofield sexually abused an eight-year-old girl. Stanley took screenshots of the abuse for his gratification after he encouraged and incited Schofield.

The NCA began an investigation in April 2020 after intelligence indicated that Stanley had accessed three Category A (the most serious) child abuse videos.

Forensic examination of Stanley’s mobile phone showed he had sent Schofield a Category B indecent image of a child on 6 May 2019. She was subsequently arrested on 20 May 2020. Schofield was also released on conditional bail while the NCA’s investigation continued.

NCA officers uncovered disturbing conversations between the offenders from 19 April 2019 to 31 March 2020 in which they talked about child abuse, and also discussed alleged previous abuse of the girl and plotted future abuse.

There was evidence that Stanley had four Category B images on his phone including two screenshots he took of the video call where Schofield abused the eight-year-old girl who NCA officers identified and safeguarded.

On 30 September 2020 NCA officers arrested Stanley, in Tilbury and Schofield, in Dewsbury for serious child sexual offences. They were remanded.

Today, Stanley was jailed for four-and-a-half years and Schofield for three years and four months. They were also ordered to sign the sex offenders register for life and were given sexual harm prevention orders.

NCA Regional Head of Investigations Jacque Beer said: “There is no greater priority for the NCA than protecting children from sexual abuse.

“These were sickening crimes where Stanley and Schofield had disturbing conversations about their fantasies. A particular fantasy of theirs became a reality when Schofield sexually abused a child while they were on a video call.

“The NCA prioritises these cases to safeguard vulnerable children and prosecute offenders.”

Child Protection Charity the Lucy Faithfull Foundation runs the Stop It Now! helpline which offers confidential advice to anyone concerned about their own or someone else’s behaviour towards children.