A man and woman have been arrested after two guns and rounds of ammunition were found at a house in Essex.

Officers from the Organised Crime Partnership (OCP), a joint NCA and Metropolitan Police unit, carried out a search of a property on Broom Way, Colchester, on Thursday where they seized two handguns, one of which was fully loaded. 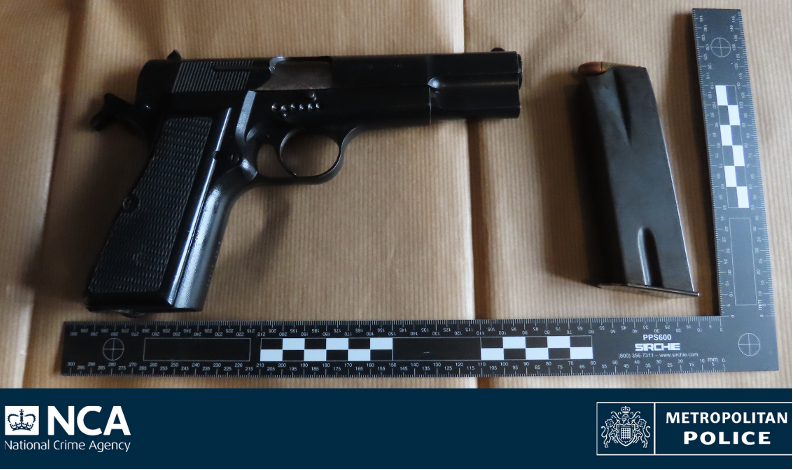 Lance Ames, 64, was arrested at the scene and was charged on Saturday with possessing firearms, ammunition and obstructing police.

His partner, Kim Ames, 61, was also taken into custody and charged with the same gun related offences over the weekend.

Officers found both firearms in a wooden box, stored in an ottoman at the end of a bed, along with up to fifty bullets.

Mobile phones, a baton and a selection of suspected class A drugs were also removed from the property.

Over £8,000 in cash was seized from safes and will be subject to a proceeds of crime hearing at Highbury Corner Magistrates Court.

The couple are due to appear at Ipswich Crown Court on 29th March 2021.

DI Richard Smith from the OCP: “With the support of Essex Police, we’ve taken two potentially deadly weapons out of circulation.

“The OCP is dedicated to reducing serious and organised crime, which includes investigating the supply of firearms and class A drugs into the UK.”