Convicted: Polish cousins who hid guns and ammunition in car

Two Polish men have been convicted for attempting to smuggle two handguns and ammunition into the UK. 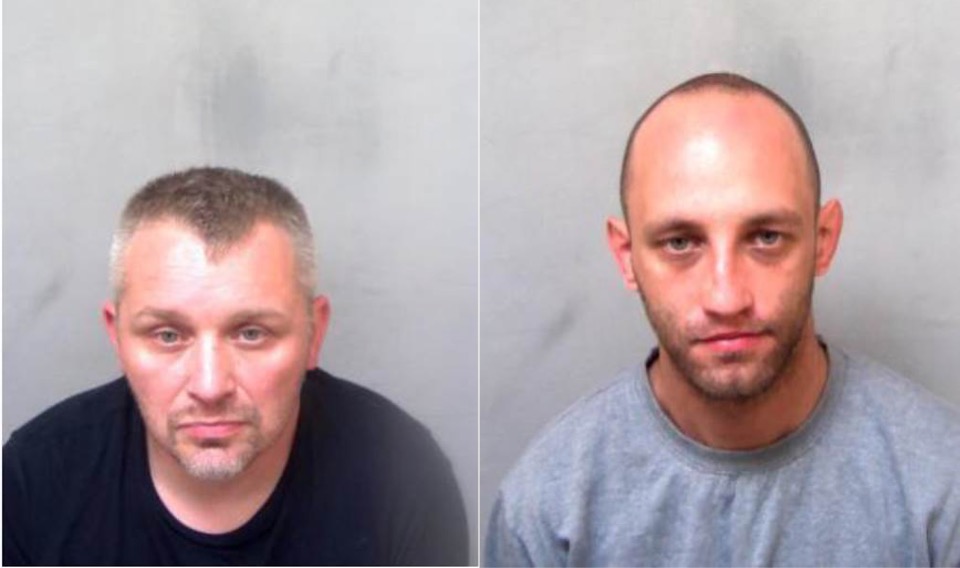 The pair claimed to be returning from Poland to Ireland, where they had worked in construction for five years.

The BMW car, which belonged to Krakowczyk, was searched by Border Force, who found an empty gun holster within the lining of the boot.

Further searches uncovered two Zoraki forward venting blank firing firearms, which had been hidden behind the back seats and wedged in the void between the upholstery and boot compartment.

Each weapon contained a loaded magazine and were found to have been modified and converted into viable, firing firearms. X-rays showed that the magazines contained improvised bulleted cartridges, some of which had been placed in the wrong direction.

Officers found another empty gun holster, fake Polish ID cards, a small quantity of class A drug methylamphetamine and associated paraphernalia inside a pouch and sunglasses case. They also recovered fuses, wires and chemicals which contained small amounts of explosives. These explosives are believed to have been intended to manufacture bullets.

Both men were arrested on suspicion of importing firearms.

In interviews with NCA investigators, neither men could explain why the car contained holsters, weapons and ammunition. However, Krakowczyk did admit the drugs belonged to him, that the ID cards were meant as a joke for a friend and that he intended to make fireworks for his daughter’s birthday using the fuses, wires and chemicals.

Both men admitted importing the firearms and ammunition at Chelmsford Crown Court today (6 December) and are due to be sentenced at the same court at a date to be confirmed in January 2022.

NCA Branch Commander Lydia Bloomfield said: “Kloskowicz and Krakowczyk were carrying lethal weapons and ammunition, which I have no doubt were destined for the criminal marketplace.

“Guns are often associated with the supply of illegal drugs, and are used by organised criminals to instil fear, inflict violence and in some cases, to kill.

“Thankfully, working with Border Force we managed to stop them reaching the streets of the UK or Ireland and protected the public.”
Deputy Director Mark Kennedy, of Border Force Maritime Operations, said: “This case is the result of hard work and dedication from Border Force and the National Crime Agency to secure the UK’s borders and prosecute those that would seek to smuggle dangerous weapons into the country.

“Everyone involved can be proud of their work and particularly those officers that intercepted and stopped these dangerous weapons and ammunition from entering our communities.

“The outcome of today’s hearing is a testament to that commitment and sends a clear warning to anyone considering attempting to smuggle dangerous weapons into the country that we remain vigilant and prepared.”