Cocaine worth £4m seized in joint operation at Avonmouth Docks

Cocaine with an estimated value of around £4 million has been seized at Avonmouth docks, following a joint operation involving the National Crime Agency, Border Force and Avon & Somerset Police.

As part of an investigation involving the NCA’s international network, officers moved in to commence a search of the vessel on Tuesday 9 November. 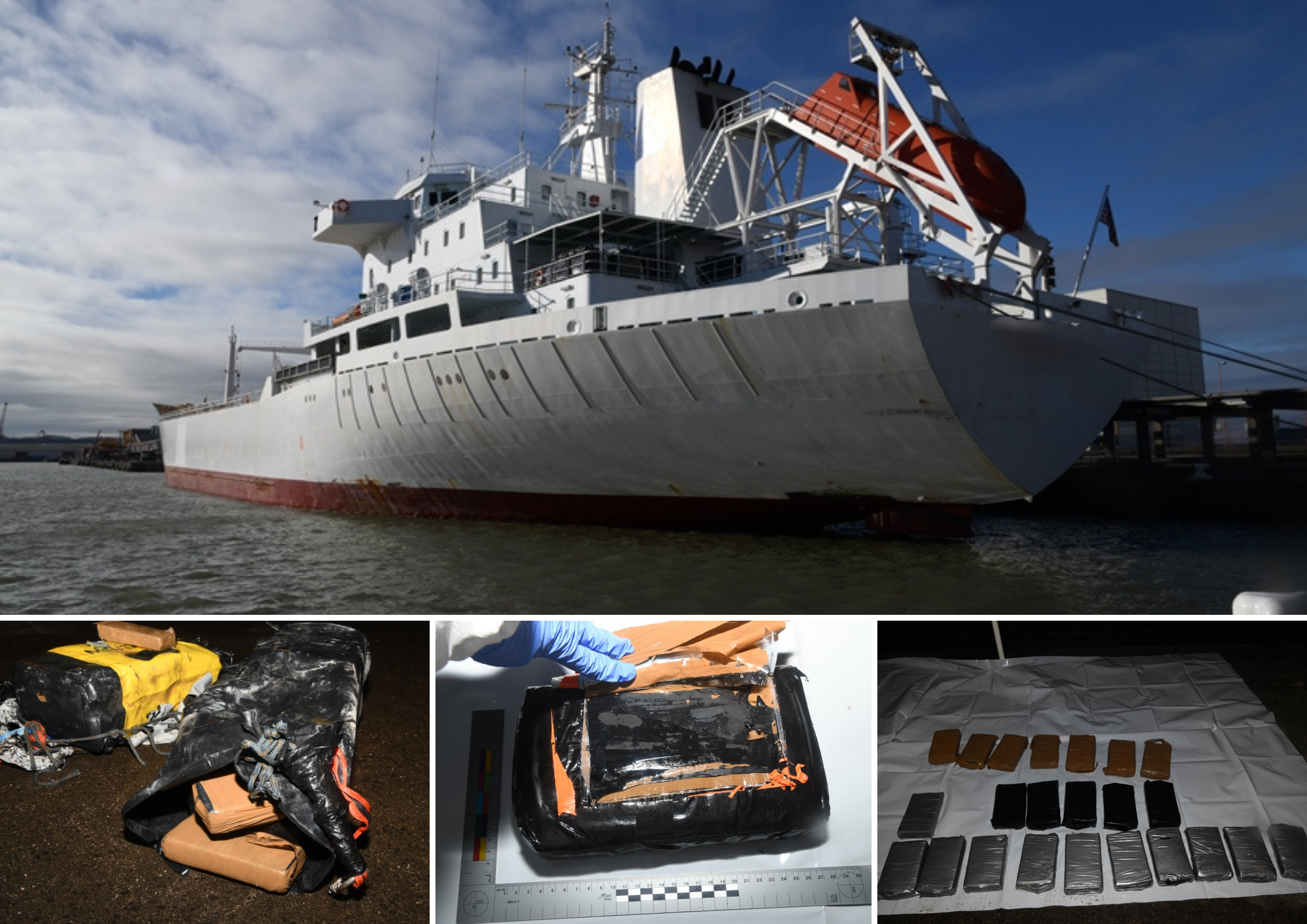 The boat, which was carrying a load of fruit juice, had previously sailed from Santos in Brazil, and was due to continue on to the Netherlands.

Around 46 kilos of cocaine was recovered from what investigators believe was a specially adapted hide attached to the hull of the vessel.

If cut and sold in the UK, the haul would have had an estimated street value in excess of £4 million.

An international investigation into the source and intended destination for the drugs is now underway, involving the NCA and partners in Brazil and the Netherlands.

“Disrupting the international networks involved in drug trafficking is a priority for the NCA, and I’m grateful for the assistance provided by partners in Border Force and Avon & Somerset Police on this operation, as well as those overseas.

“While we don’t believe the entire load was destined for the UK initially, it is likely that at least some of it would have ended up back here in the hands of UK criminal gangs, being sold on UK streets.

“Making this seizure has prevented them from profiting further and re-investing in further criminality.”

"We are pleased that our experienced dive team were able to play a significant role in recovering a large quantity of suspected class A drugs.

"We are all acutely aware of the damage cocaine and other illegal substances can have on our communities and we are delighted to have been able to support the National Crime Agency and Border Force with their investigation and stop harmful drugs from making their way on to our streets."