A lorry driver who attempted to hide 16 kilos of cocaine in the battery area of an HGV has been jailed for seven years.

The National Crime Agency investigated Romans Gzibovskis, aged 38, of Kastire, Latvia, after he was stopped at Dover’s Eastern Docks on 24 August this year. 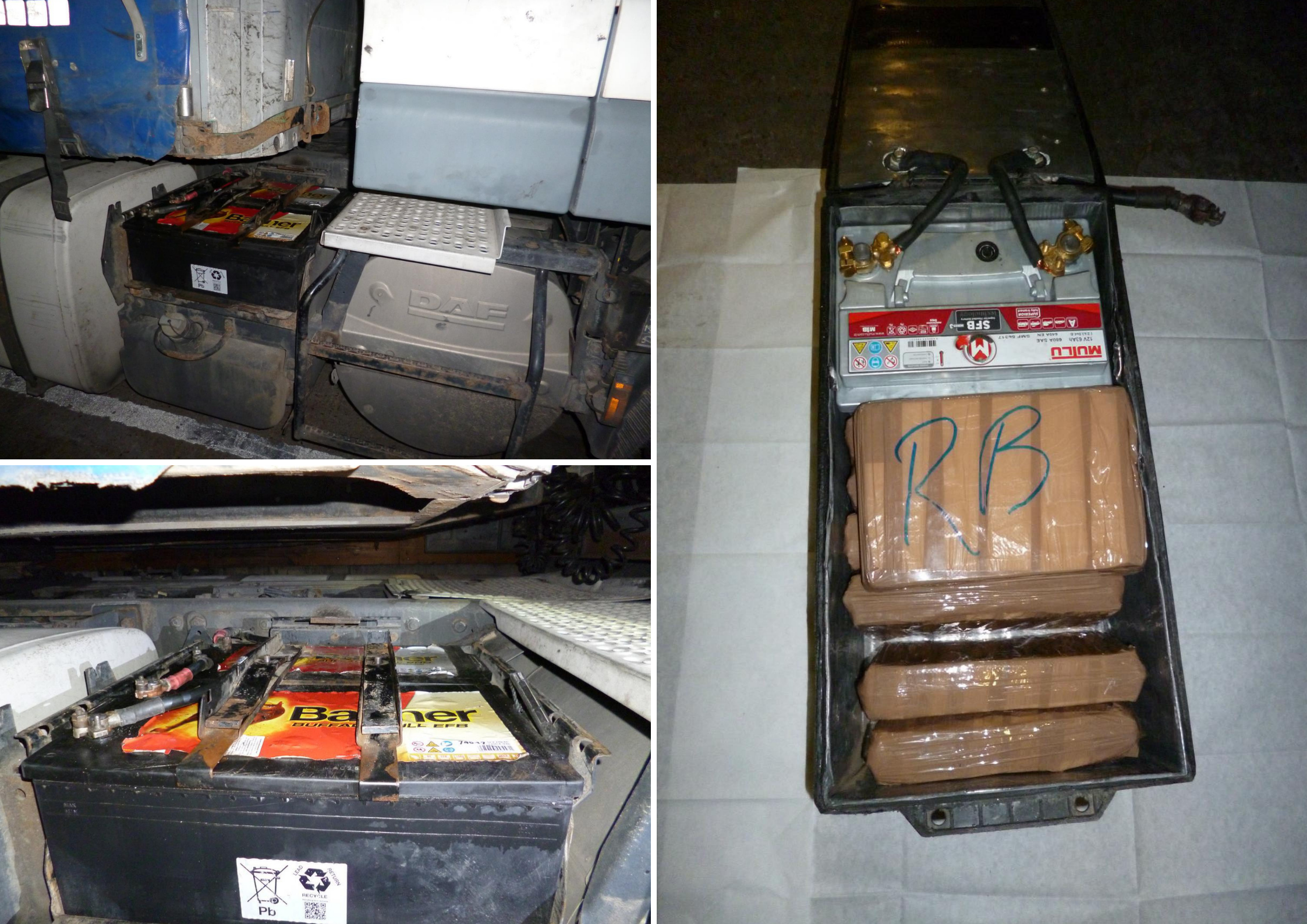 Border Force officers scanned the vehicle, which was carrying a load of empty plastic pallets, and noticed an anomaly in the external battery compartment.

Further examination showed that the large HGV battery had been removed and replaced with smaller car batteries wired together. The class A drugs had been placed in the space left in between.

A total of 16 kilos of cocaine was found, which National Crime Agency experts estimate would have been worth approximately £650,000 at street level.

Gzibovskis pleaded guilty to one count of being involved in the importation of a controlled drug at Canterbury Crown Court on 27 September. He was sentenced to seven years at the same court yesterday (9 December).

“Thankfully it didn’t. Not only has it deprived organised criminals of their profits but prevented class A drugs from reaching our streets, where they fuel violence and exploitation of vulnerable people.

“Working alongside Border Force, we will continue the fight against illegal drugs which pose such a threat to the public.”

Dave Smith, Regional Director Border Force South East & Europe, said: “The sentencing of Romans Gzibovskis this week is the result of the diligence and dedication of Border Force and the National Crime Agency to secure the UK’s borders and prosecute those that would seek to smuggle illegal drugs into the country.

“Everyone involved can be proud of their work and particularly those officers that discovered and stopped this dangerous drug from entering our communities.”