Suspected criminal cash totalling almost €560,000 will be returned to the public purse after the National Crime Agency secured a forfeiture order following a smuggling attempt by a Dutch man.

The money – believed to be the profits of organised crime in Ireland – was found inside a suitcase belonging to 45-year-old Harm Stachouwer. 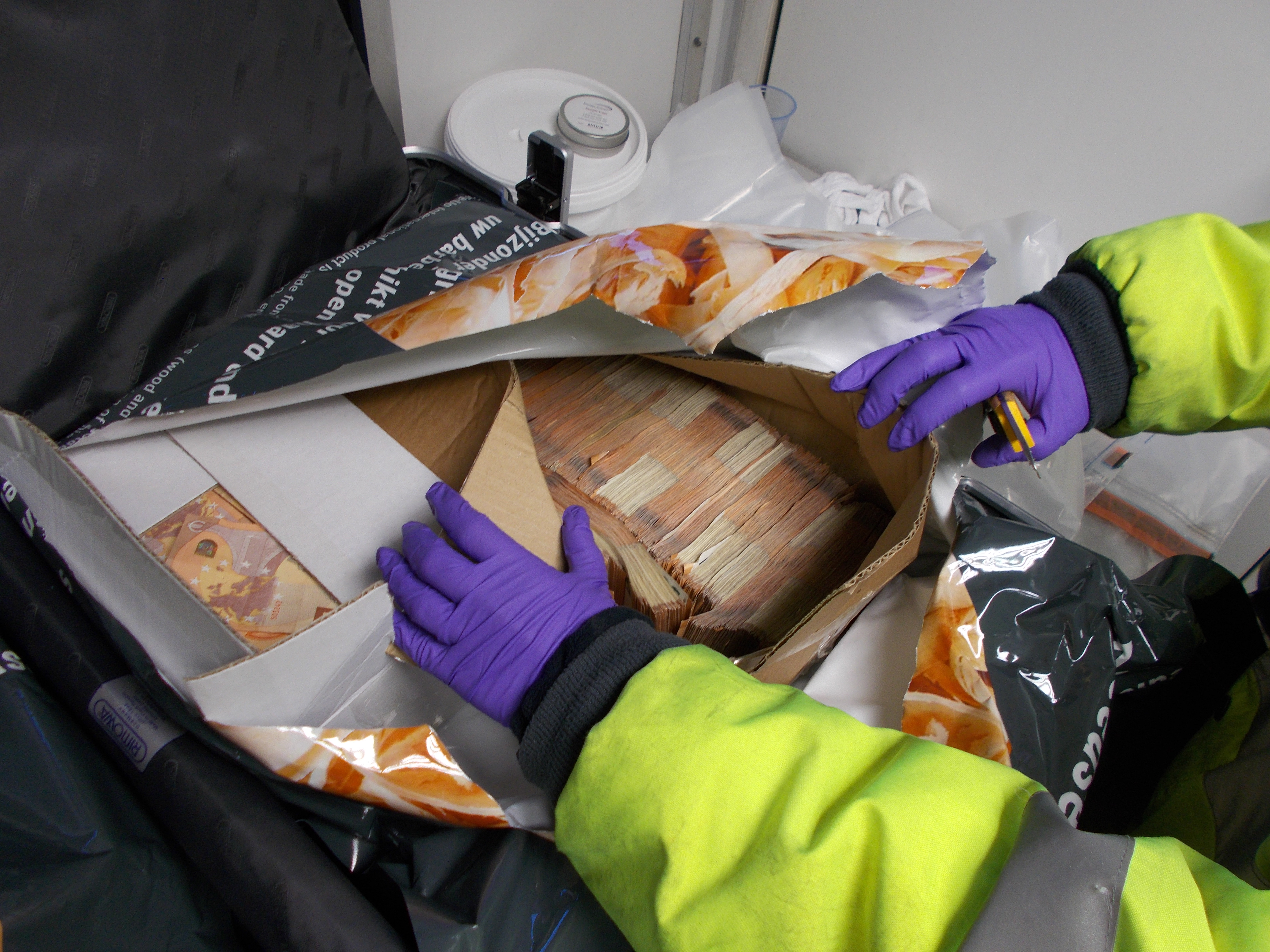 He was stopped by Border Force officers at the Channel Tunnel on 25 February 2019 as he was about to drive onto a Eurotunnel train.

When questioned, Stachouwer said he had been on a business trip to Dublin, and was going to visit his parents in The Netherlands before returning home to Andorra.

He claimed to work in the medical industry, and said he was the chairman of an organisation which sold radiation equipment to treat cancer.

When asked how much money he had, he said “maybe five thousand”, before opening his laptop bag which did not contain any cash.

Stachouwer eventually directed officers to a suitcase in the boot, and said there was €400-500,000 in it. He said they were his savings and that he could prove where the cash had come from.

The case contained two large heat sealed bags, which NCA officers believe was to avoid the attention of cash detector dogs. The bags were marked as ‘Swedish Twisted Fire Lighters’. One contained three cardboard boxes filled with unbundled €20 notes while the other bag contained two cardboard boxes full of €50 notes. There was a total of €559,705 inside the suitcase.

Stachouwer was given the opportunity to provide evidence of the source of the money but was unable to, so the NCA started civil proceedings which resulted in Maidstone Magistrates’ Court confirming the forfeiture today (14 October). Stachouwer did not contest the seizure.

NCA Branch Commander Mark Howes said: “Stachouwer could not provide a credible explanation as to how he had obtained such a large amount of cash. It was packed into heat sealed bags, we believe in a bid to avoid detection by cash dogs.

“The use of civil powers allow us to target suspected criminal cash, and crucially deprives organised crime groups of their profits. This money can no longer be used to reinvest in more offending.

“Money is at the heart of organised crime which is why the NCA prioritises disrupting money laundering operations both in the UK and overseas.”