A man from Essex has been jailed for six years for abusing 11 children in Myanmar after he travelled to the country for a guided cycling tour in 2016. 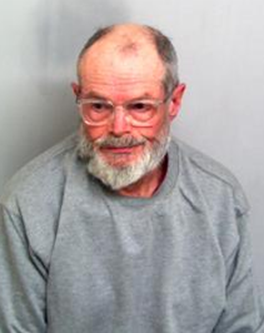 Christopher Behn, 66, a retired engineer, was a subject of interest in a wider National Crime Agency investigation when he was arrested by officers at Gatwick Airport in February 2020.

Investigators seized his laptop and GPS device – a tool for mapping cycling routes - for forensic analysis.

Data from both devices proved that Behn had flown to Myanmar in November 2016 for the cycling tour and, once this had finished, he travelled to the Ngapali Beach area where he stayed for four days.

It was here that he sexually abused 11 boys aged between five and nine-years-old.

Officers found 265 indecent images of the children on Behn’s laptop which he had taken himself.

In some, he had instructed the boys to pose naked or partially clothed. In others, it was clear they were unaware that the photo was being taken.

Looking at the photos in date order, it was clear to officers that his offending escalated over the four days.

Many of the photos are taken at various spots on the beach where he knew children would congregate at lunchtime.

Last month, he pleaded guilty to all charges. He was sentenced today at Chelmsford Crown Court to six years in prison and a further six on extended licence.

He will also be subject to a Sexual Harm Prevention Order.

“He manipulated them and forced them in front of the camera for his own sick gratification.

“Travelling sex offenders like Behn think that by conducting their abuse in a remote part of the world away from home, they won’t get caught.

“However, borders are not a barrier and the NCA works closely with international partners to ensure Britons committing offences abroad are prosecuted in the UK.”

Giorgina Venturella, CPS Organised Crime Division Specialist Prosecutor, said:  “The crimes that Christopher Behn committed against underage boys in Myanmar were depraved. Behn used his position of power to purposefully seek out vulnerable young local boys with the intention of sexually abusing and exploiting them.

“These children were deliberately posed and photographed by Behn; and Behn’s behaviour clearly escalated in severity over the course of his stay.

“Behn’s abuse and exploitation will affect his victims for their whole lives. I urge anyone who has been abused to report it so that justice can be served, whether the offences have been committed in UK or abroad.”