A bio-medical scientist from Sheffield has been jailed for three years for attempting to sexually abuse children online by engaging them in explicit conversations. 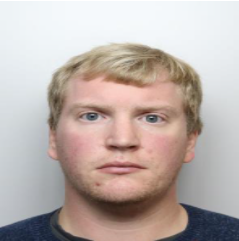 Paul Bower, AKA ‘Paulguy10’, was identified as part of a covert National Crime Agency investigation targeting offenders who used the internet to forge a sexual relationship with children, then manipulated them into sending indecent images.

Evidence showed he entered into sexualised conversations with who he believed to be two 13-year-old girls online, and then sent a photo of his erect penis.

However, Bower had in fact been talking to undercover NCA officers.

The 33-year-old, who worked at a local hospital, was arrested in October 2019 after investigators tracked him down as the man behind the online moniker.

Officers seized a number of digital devices from his home and when analysed, they discovered nearly 350 indecent images of children (IIOC).

He pleaded guilty to all charges and was sentenced this week at Sheffield Crown Court to three years in prison.

He was also made subject to an indefinite Sexual Harm Prevention Order and placed on the Sex Offender register for life.

Neil Baxter, Operations manager at the National Crime Agency, said: “Sexual predators like Bower prey on vulnerable young children and abuse them for their own sick gratification.

“Offenders often hide behind online profiles in an attempt to mask their identities. As we have seen with this case, these people are not protected.

“Identifying and disrupting individuals with a sexual interest in children is an absolute priority for the NCA.

“This time, we know it was our officers Bower was speaking to, but next time could have been a different story. He also had a significant collection of indecent images of children on his devices.

“The amount of distress and trauma this abuse can cause young people is immeasurable. It is only right that Bower is jailed for his crimes where he no longer poses a risk to children.”

If you are concerned about a child, or about someone’s behaviour towards children, report it to your local police on 101.