A convicted drug dealer who continued to run his criminal enterprise from prison has been jailed for 25 years alongside associates who helped him fix deals on the outside and launder the profits. 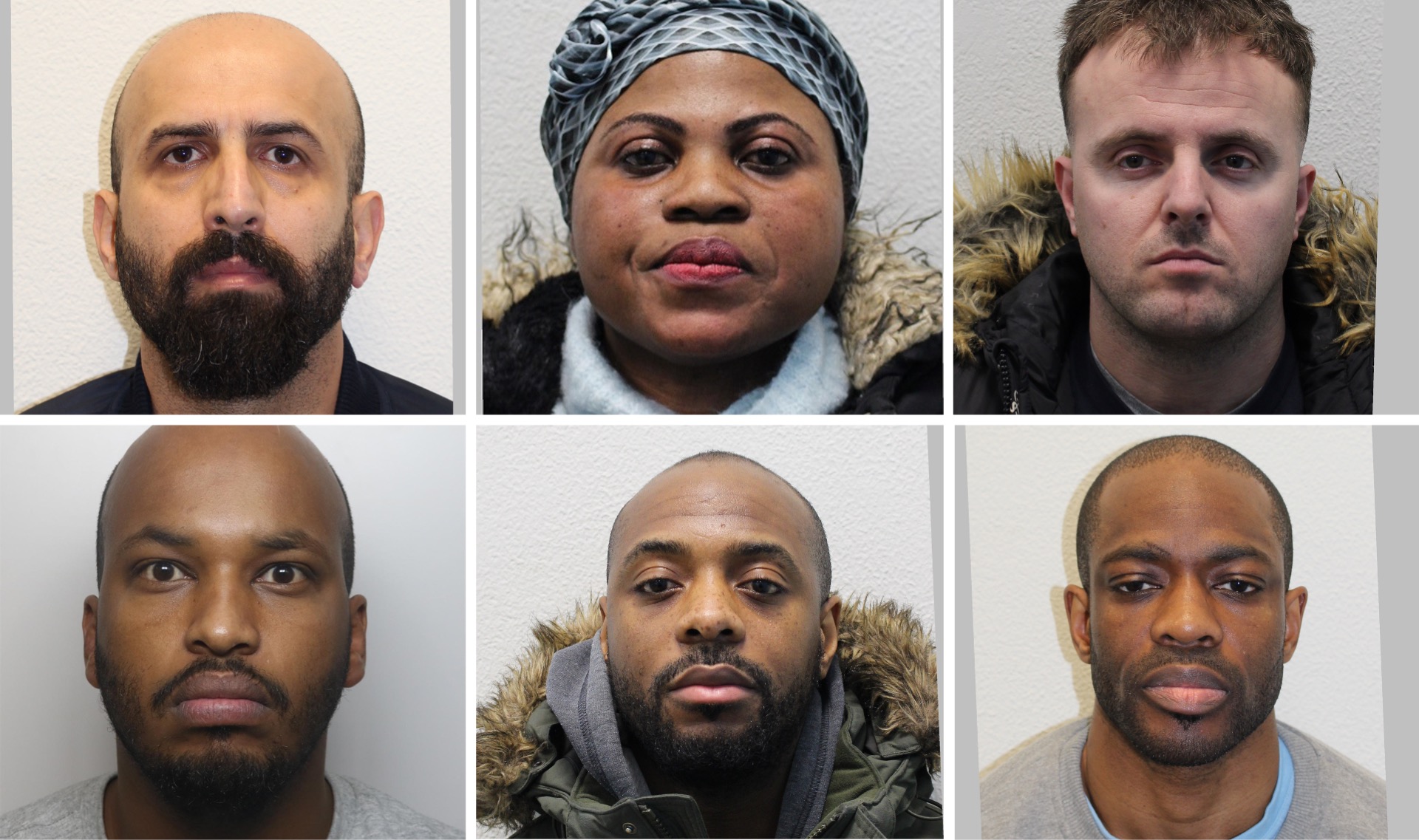 Darryl Tawiah, aged 42, of Southwark London, was already serving an 18-year sentence for drugs supply and firearms offences when he was arrested and charged by National Crime Agency officers last year.

Tawiah frequently used phones in prison to contact a Netherlands-based drug supplier, who himself had previously been convicted for importing cocaine after an NCA investigation.

Following his early release from prison, the Dutch drugs trafficker was deported to the Netherlands and became the subject of a separate Dutch investigation.

Conversations captured between the two showed Tawiah was sourcing Class A drugs wholesale and arranging their onward distribution and sale.

Working with people within the UK and the Netherlands, Tawiah’s organised crime group (OCG) is believed to have been behind at least two tonnes of Class A drugs imported into the UK and sold across London and the South East.

In one conversation the Dutch supplier told Tawiah: “I want you to move 50 [kilos] a week, don’t talk to me about one”, to which Tawiah replied, “No problem Bro…now that it is good, everybody is calling…..I need to get more money in…”

Further conversations showed Tawiah talking about buying cocaine at bulk prices and that he had a desire to sell ‘coffee’ when he left prison, which is slang for heroin.

He also asked the supplier if he had ever heard of “2C” because “everybody’s asking for it in the West End, Knightsbridge, Mayfair, Chelsea…”.

2C was a reference to liquid GHB, which has been used in instances of ‘date rape’.

Tawiah controlled a number of people on the outside, one of which was Steven Johnson, 37, of Farlington Place, London.

He took delivery of the drugs on Tawiah’s instructions and distributed them across London.

Rosemond Agyemang, 59, was a courier handling the cash side of the operation, and helped to launder it through bank accounts. She also made various cash payments to the Dutch supplier’s people in the UK.

She was arrested outside Oval station in London in July 2019 and was found to be carrying thousands in cash at the time.

At the time of her arrest she was on her way to meet Dorian Vaciulis, a 34-year-old from Feltham, London, who was working for the Dutch supplier and responsible for collecting both cash and drugs.

He was in regular contact with co-conspirator Ali Reza Shokrolahi.

Shokrolahi, aged 41 and also from London, was operating as a lorry driver for the OCG and was linked to at least 30 kilograms of cocaine seized at the UK border.

Tawiah, Vaciulis, Johnson, Agyemang and other alleged co-conspirators were arrested in March last year and were charged with various offences relating to Class A drugs and money laundering.

As the investigation continued, a further man was identified and arrested for his links to the group.

Faisal Guled, 34, a Dutch national living in Camden, London, worked for the Dutch supplier and was operating a county line selling drugs across London and Northampton.

Agyemang was given a one year sentence at the same court last year.

Shokrolahi absconded while on bail and was not present at the hearing.

Jason Hulme, Operations Manager at the NCA, said: “This three-year investigation took apart an established criminal enterprise which had imported tonnes of cocaine to the UK, where its trade fuels addiction, violence and exploitation.

“Tawiah operated a network outside that did his dirty work for him, with all taking a slice of the profits.

“Thanks to the diligence of our officers and partners, the Dutch police and Criminal Assets Bureau in Dublin, we secured today’s convictions and hope any would-be drug traffickers are reminded of our continued pursuit of serious and organised criminals.

“One of the men sentenced today remains wanted. We would appeal to anyone who thinks they may have information on the whereabouts of Ali Reza Shokrolahi to contact the NCA directly on 0370 496 7622 or call Crimestoppers on 0800 555 111.”