A £5,000 reward has been offered for information leading to the arrest of a man who has been on the run since 2007. 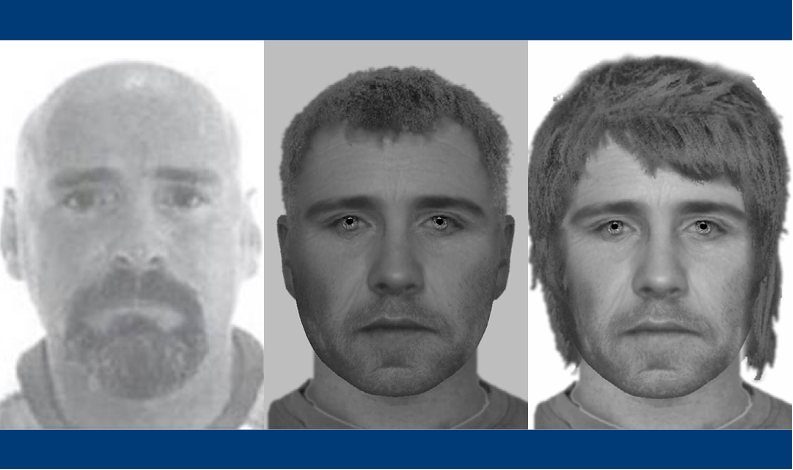 Derek Ferguson, 58, is wanted in connection with the murder of Thomas Cameron, 48, who was shot dead on 28 June 2007 at the Auchinairn Tavern, Bishopbriggs near Glasgow.

The renewed appeal comes as the independent charity, Crimestoppers, marks the 14th anniversary of Mr Cameron’s death with a £5,000 reward offered to anyone who contacts them anonymously with information which helps lead to Ferguson’s arrest.

Ferguson is on the National Crime Agency’s most wanted list and is also part of the multi-agency Operation Captura fugitives hunt.

As well as the reward for information, Police Scotland has issued e-fits to show what Ferguson may look like now.

Investigators believe Ferguson may currently be based among criminal associates in Spain.

It is likely that he is no longer known by his original name and may not be speaking with a Scottish accent.

Detective Superintendent John Wyllie, who is leading the Police Scotland investigation, said: “We are releasing updated images of what Ferguson may look like today and I am continuing to appeal for anyone who has any knowledge of his whereabouts to get in touch with any information which could help us trace him.

“Since 2007, we have carried out extensive enquiries and I am certain that the commitment and tenacity of our officers and partner agencies will result in Ferguson being found.

“If you know Derek Ferguson or have any information which will help us locate him, please come forward. Any information, no matter how basic it might seem, may be of significant assistance. If you are unsure whether information you know will assist our enquiries, please just share it with us.

“If you don’t want to talk to my investigation team, you can speak to Crimestoppers anonymously as they are also offering a substantial reward for any information which leads to Ferguson’s arrest.

“If you have any information, please do not hesitate to contact Police Scotland on 101 or information can be given anonymously to Crimestoppers on 0800 555 111.”

Kathryn Clarke, head of the National Crime Agency’s International Crime Bureau, said: “Out of 95 Operation Captura targets, 86 fugitives have been arrested so far.

“We will not give up working with Police Scotland to find Ferguson.”