£420k worth of cocaine hidden in Jamaican ‘veggie chunks’

A man who attempted to smuggle cocaine worth £420, 000 into the UK has been jailed for nine years.

Horace Thompson, 50, of Witton, Birmingham, was arrested as part of a National Crime Agency investigation after he arrived at Birmingham Airport from Montego Bay, Jamaica, on 17th June 2018. 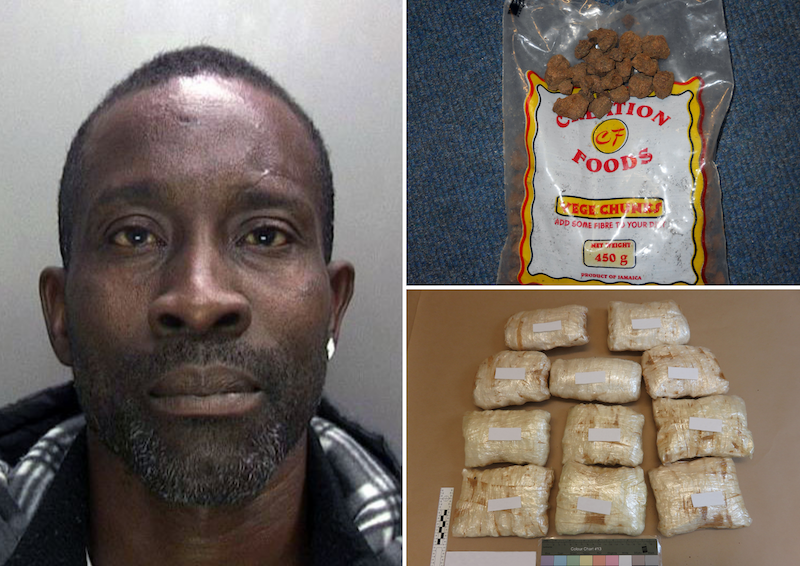 When he arrived, Border Force officers seized his bag, which contained 13 packages of veggie chunks. Closer examination of the packages showed 5.25 kg of high-purity cocaine was hidden inside.

Analysis revealed that the drugs had a purity of 63%, which NCA forensic experts believe would be worth £420,480 once cut and sold at street level.

Thompson stated that he was not responsible for the placement of the drugs in his suitcase and suggested he was being used as an unwitting mule.

He also claimed he was encouraged by staff at Montego Bay to leave his bag unlocked as he was running late for departure.

Today [28 May], Thompson was sentenced to nine years for the importation of Class A drugs following a five day trial at Birmingham Crown Court.

“Despite his claims, Thompson was part of a drug supply chain. At every stage, there is profit to be made, and this was clearly his goal.

“Protecting our borders and preventing drugs from reaching the UK remains a top priority, and we’ll continue to work with key partners like Border Force to ensure such criminal activity is disrupted.”