Officers from the National Crime Agency’s Combating Kleptocracy Cell have this morning served a detention notice on a superyacht owned by a Russian national.

Following some fast-paced work by intelligence officers in the Cell – supported by colleagues from Border Force Maritime Intelligence Bureau – the ultimate owner of the vessel Phi was identified.

This information was passed to Transport Secretary Grant Shapps MP, who today ordered the first ever detention of a superyacht in UK waters. As a result NCA officers issued the notice of detention. 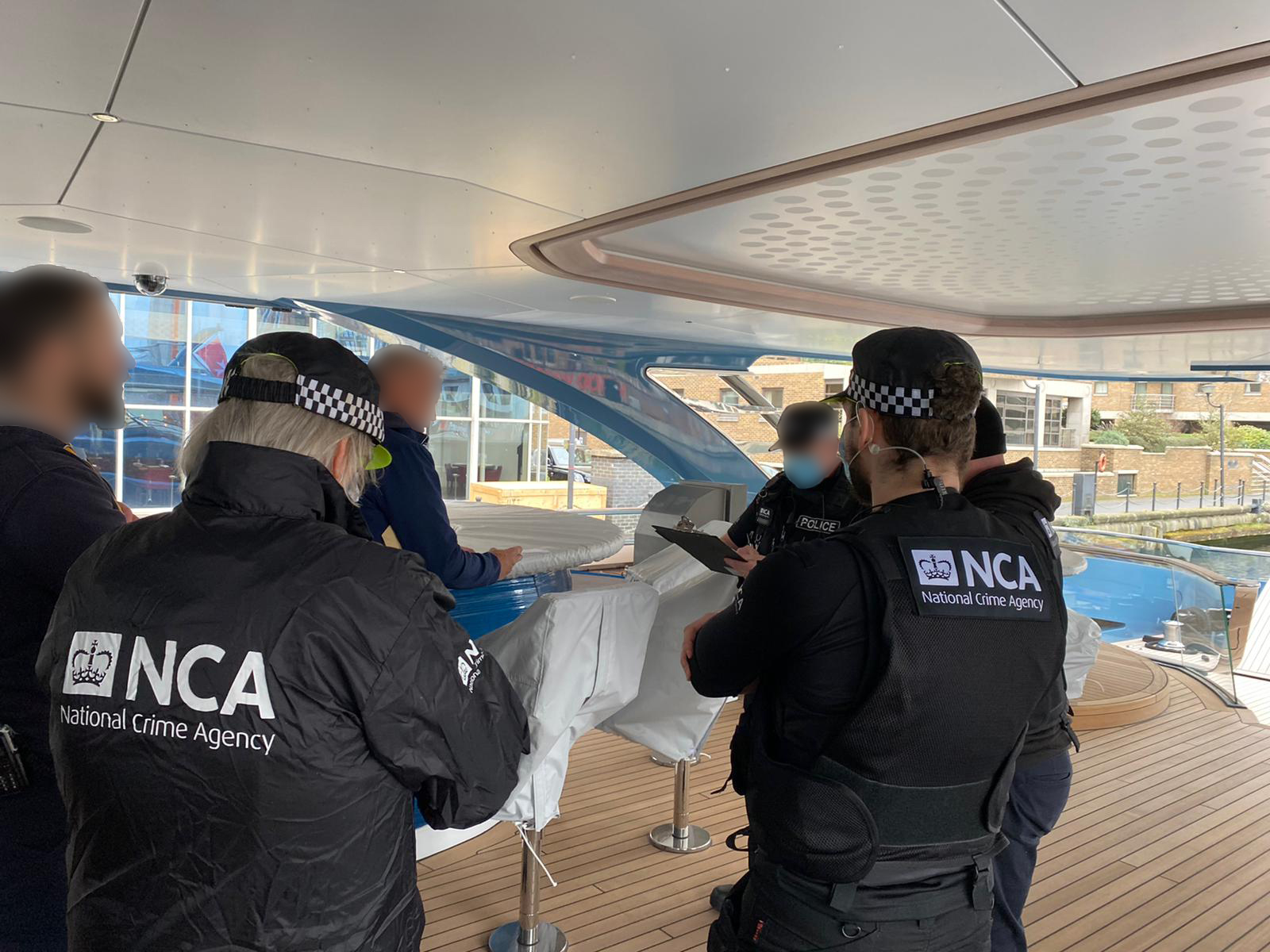 Owned by a Russian businessman, Phi is the third biggest yacht built by prestigious shipbuilders Royal Huisman and includes what the builders call an “infinite wine cellar” and patented fresh-water swimming pool.

The ownership of the yacht was deliberately well hidden. The company the ship is registered to is based in the islands of St Kitts and Nevis and it carried Maltese flags to hide its origins.

Andy Devine, from the NCA, said: “Today’s activity demonstrates the NCA’s ability to react at pace. We have surged officers to establish the Combatting Kleptocracy Cell, and the results of this are already bearing fruit.

“The NCA plays a vital role in targeting suspect assets, pursuing enablers of illicit wealth and supporting government partners in the delivery of the response to the Russian invasion of Ukraine.”

Transport Secretary Grant Shapps, said: “Today we’ve detained a £38m superyacht and turned an icon of Russia’s power and wealth into a clear and stark warning to Putin and his cronies.

“Detaining the Phi, proves, yet again, that we can and will take the strongest possible action against those seeking to benefit from Russian connections.”