A London-based crime group which tried to smuggle 69 Albanian migrants into the UK on a decrepit fishing vessel – and planned to bring in 50 more every week – have been jailed. 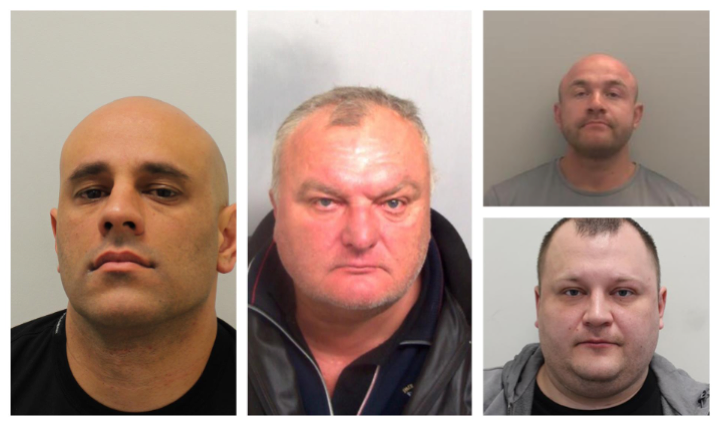 The crime group were involved in the smuggling attempt on 17 November last year when the 30-metre converted trawler ’Svanic’ was intercepted off the Norfolk coast.

The boat – built nearly 60 years ago and with a lifeboat for just 20 people – had set sail from the Ostend area of Belgium and was heading towards Great Yarmouth.

The NCA had been alerted to the vessel by the Maritime Analysis and Operations Centre in Lisbon. MAOC received a report of suspicious activity from the Swedish authorities who had to assist the Svanic after it ran aground 15 days prior to picking up the migrants.

The vessel, which had been purchased in Latvia for around 20,000 euros in October 2020, was to run aground a second time before collecting the migrants in Belgium.

The three crew members – Igor Kosyi, aged 57, and Volodymyr Mykhailov, 49, both from Ukraine, and Alexsandrs Gulpe, 44, from Latvia – were arrested by the NCA on suspicion of facilitating illegal immigration. The 69 migrants were handed to Immigration Enforcement.

NCA investigators seized a laptop from the vessel, which enabled them to identify the UK-based gang which had orchestrated the attempt.

The computer had been given to the crew by Latvian national Sergejs Kuliss, 32, of Albert Basin Way, Newham, London. Phone evidence showed Kuliss was in Great Yarmouth, Norfolk, on the night of the smuggling attempt, awaiting the arrival of the boat.

During the day Kuliss had been in contact with fellow conspirators Lithuanian national Arturas Jusas, 35, living in Lambeth, and Israeli national Kfir Ivgi, 39, from Finchley.

Messages found on their phones showed the three men spent weeks discussing their plans to invest in a boat for the purpose of smuggling people, with Jusas claiming ‘from first trip we’re going to get the money back’.

Once the Svanic had been identified as a possible purchase Kuliss sent a sequence of photographs and videos of the boat to Jusas, which he forwarded to Ivgi. He replied: ‘Yes, yes, yes…I don’t care how it looks like, it’s good’, indicating he didn’t care about the condition of the vessel.

In one audio messages found on his phone following his arrest, Jusas boasted to Ivgi that he planned to ‘bring every week 50 people’. Other messages showed he was in contact with people on the ‘other side’ who wanted to move migrants to the UK.

The trio had also scoped out potential landing sites for the vessel, which had only 21 lifejackets on board, eventually settling on Great Yarmouth.

After the interception the gang shared online news reports about the incident with each other, with Ivgi messaging Jusas to say ‘clean the…phone’.

Jusas, Ivgi and Kuliss were arrested during a series of NCA raids in June this year after investigators were able to piece together their involvement in the plot.

Jusas pleaded guilty at Chelmsford Crown Court on 6 August, but following an eight-week week trial at the same court Ivgi, Kuliss, Gulpe and Kosyi were found guilty on 17 November – exactly a year since the boat was intercepted.

Volodymyr Mykhailov was found not guilty.

NCA Director of Investigations Nikki Holland said: “These men had no qualms about trying to smuggle vulnerable migrants on board an unseaworthy vessel, with ambitions to bring in hundreds more using this deadly method.

“Their sole motivation was monetary greed so I’m delighted they are now beginning lengthy jail terms for these despicable crimes.

“Working with partners like Border Force and Immigration Enforcement, we will relentlessly pursue people smugglers and bring them before the courts to face the consequence of their actions.”

"These despicable criminals have been brought to justice and will pay for their crimes, with cases like this showing the blantant disregard people smuggling gangs have for human life.

"Our Nationality and Borders Bill will break the deadly criminal trade in Channel crossings, bringing in a maximum of life imprisonment for these abhorrent criminals who are motivated by greed.

"MPs backed the Bill by a majority and the sooner the House of Lords approves the Bill in the New Year, the sooner we can get on with delivering the long overdue reforms to our broken asylum system which the British people have been demanding".