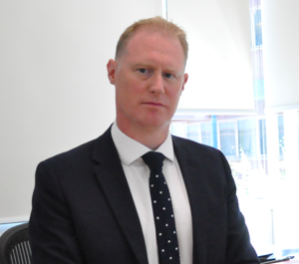 Steve Rodhouse has over 24 years’ service in policing. He is currently Director General (Operations) at the National Crime Agency (NCA). He joined the NCA in June 2018 and is responsible for overseeing the NCA’s intelligence, investigation and tasking functions and ensuring that the Serious and Organised Crime threats to the UK are understood and responded to in the most effective way across law enforcement.

Steve started his career with Surrey Police in 1993; working in a variety of Detective and uniformed roles across the force.

He joined the Metropolitan Police Service (MPS) in July 2010 and worked as the Commander with lead responsibility for Gangs and Organised Crime. In 2014 he was promoted to Deputy Assistant Commissioner, leading the Crime Operations portfolio with the Specialist Crime and Operations business group which includes the MPS response to gun and gang violence, homicide, the on-line exploitation of children and organised crime.

He is married with three children and lives in Berkshire. He is a keen sports fan and enjoys running, skiing and sailing whenever possible.